It was back in March when Lexus' Vice President of Marketing Brian Smith said a production version of the LF-LC will be launched. Now, we heard from LFA engineer Haruhiko Tanahashi a new halo model to sit above the recently unveiled RC but more affordable than the LFA makes sense and he expects a LF-LC production model will come out.

Lexus' international chief Mark Templin confirmed a halo sports car is planned, as well as several F-badged versions of current models. He expressed his intentions to launch "a whole level of real F products with a car like the LFA at the top of it."

We remind you the red LF-LC was exhibited in January 2012 at NAIAS and several months later it showed up at AIMS with an Opal Blue scheme. Both concepts were powered by an Advanced Lexus Hybrid Drive system containing an Atkinson-cycle combustion engine and a high-energy battery pack which granted the 2+2 coupes a combined output of 500 bhp (372 kW).

Many car purchases start with one decision: New or used? It's hard to remember a better time to buy either. There are plenty of good vehicles out there either way.
In the end, the decision to buy new or used boils down to what you can afford and what will give you peace of mind.
If you're on a tight budget, then buying a used car gets you the most vehicle for the money. You can count on one hand the number of new cars that list for less than $12,000. For less than half the price of the average new car, you can buy a 3- or 4-year-old used vehicle that is larger and loaded with more features than a small, bare-bones new one. But buying a used vehicle has its own risks, which could cost you over the life of the vehicle. The fact is, you are buying a vehicle that someone else has owned and driven. You don't know how it's been driven or how well it's been cared for. A used vehicle will almost certainly require maintenance and possibly expensive repairs sooner than a new one, and those repairs probably won't be covered by a warranty.

The Case for Buying New

For some people, buying used isn't an option; they want a brand-spanking-new car. They want to select the color and the features in it. There's definitely a pride of ownership and peace of mind in being a vehicle's first owner. Some other advantages include:

The Case for Buying Used

If you're not married to the idea of buying a new car, used vehicles have their own appeal:
Source: Wheels Dealers
No comments:

Kizashi as a "very unlucky car"

Suzuki is describing the Kizashi as a "very unlucky car" which has slim chances of receiving a direct successor in the future.

The Japanese marque says Kizashi failed to be a success due to poor timing since the car was introduced to the market just before the global financial crisis which started affecting United States in 2009. At that moment there were a few debates about whether to launch the car or not and in the end they decided to start selling it since Suzuki "made a big investment to develop" the model.

If the model would have been a success, Suzuki's plans were to release a V6-powered version along with a more practical wagon derivative. The company's Australian managing director Masaaki Kato says a second generation model is unlikely to happen because it requires a lot of investments in exchange for what will probably be "too little return."

One of Kizashi's main problems is its extremely steep starting price (from 29,990 AUD in Australia) but that could be fixed sometime in the future by conducting a local restructure which could lower the mid-size sedan's price tag, although Kato didn't specify an exact figure.

Honda has released on Facebook today a render of its 2014 Civic hatchback WTCC racer.

It was less than a week ago when Honda surprised us with the return of an estate car in WTCC with the Civic Tourer and now they are previewing its hatchback sibling set to compete in next year's season. The vehicle will come with a few revisions to the wheel arch extensions and will have larger diameter wheels. In addition, the 2014 WTCC-spec Honda Civic hatchback will benefit from a more optimized aerodynamic kit which will include a larger rear spoiler.

Two works cars will compete within the JAS Motorsport team with Gabriele Tarquini and Tiago Monteiro. There will also be private outfits such as Zengo Motorsport with Norbert Michelisz as driver and Proteam Racing with Mehdi Bennani behind the wheel.

The 2013 Lexus ES 350 is powered by a V6 engine, which most test drivers appreciate for its smooth, refined power delivery. A six-speed automatic transmission sends power to the front wheels, and for the most part, auto writers agree that it’s well matched to the ES’ drivetrain. Fuel economy is an EPA-estimated 21/31 mpg city/highway, which is an improvement over the2012 model’s estimates. Additionally, the ES 350 achieves its estimates without premium fuel, which helps keep overall fuel costs lower than cars like the Acura TL. Few auto writers consider the redesigned ES 350 fun to drive, and they dislike the ES 350’s vague steering, but most note that the 2013 ES 350 still offers the comfortable ride they’ve come to expect from Lexus. Additionally, the ES 350 has one of the best reliability ratings in the class. 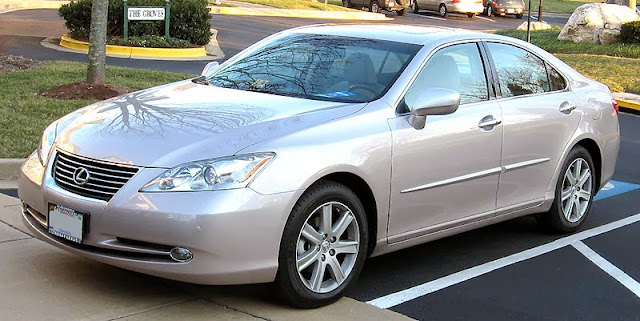 Though the 2012 ES shared much of its DNA with the Toyota Camry, the redesigned ES 350 is built on the same platform as the new Toyota Avalon. As a result, reviewers note that the new ES 350 has more passenger space than ever before – particularly in the back seat. The new cabin also features an edgier design that takes many styling cues from the Lexus GS, and test drivers say that the ES 350’s build quality is top-notch. However, some write that features like leather and Bluetooth, which were standard on the 2012 ES, are now optional. Additionally, few reviewers like the ES 350’s available infotainment and navigation systems, saying that the controller is difficult to use, and that some functions are inaccessible when the ES is in motion.

Car trading, importing and exporting through online has become so popular in the past few years. A statistics says people are more interested to buy and sell vehicles online. Wheelsdealers are the network options who can make the trading connection between all those car exporters and traders.

The E-Class keeps its crown for the second year in a row, with high resale values, luxurious appointments and a diesel engine that puts out a hefty 400 lb-ft of torque. Mercedes is serious about safety — Attention Assist (which monitors drivers for drowsiness) and the PRE-SAFE collision-preparation system (which tightens seat belts and rolls up windows if an impending accident is detected) are standard, along with nine airbags.
This E-Class, a heavy overhaul of the current model, relies on a greater array of sensors than previous Mercedes and especially two cameras mounted high on the windscreen which scan the surrounds. They build a 3D map of an area up to 50m in front and have a range 10 times that. Software adds up all these inputs and steers for you. 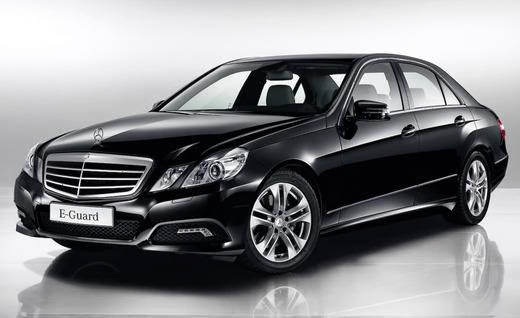 Cars Price $50,000 and Over:
Sticker price: $53,105 (E350 Sport BlueTec)
Invoice price: $49,451
TrueCar national average price: $49,521
Resale value: 3-year: 53%; 5-year: 36%
MPG: City: 22; Hwy: 32
In one sense, this is just the next step. But it's a biggy. One small beep for a car, one giant leap for vehicle-kind. The next S-Class, the model up from the E and the traditional techno flag-bearer for the brand, will take this even further. One limit to these systems is their ability to interpret complex environments, such as a busy main street. Humans are better at thinking outside the box.
The other limit is regulation, although rules are already being relaxed in some US states and in Europe. The E-Class is core Mercedes, used in Europe in more rudimentary forms as taxis and as executive expresses in their performance guises. It comes as a sedan, wagon, coupe and cabriolet with a bewildering variety of engines that bear little, if any, relation to the badge on the back. An E250, for example, does not run a 2.5-litre engine or have any meaningful dimension that corresponds.
The luxury market has been typified by a few trends recently, with Mercedes -- in this market at least -- often taking a lead. These include the shift to smaller capacity turbocharged engines, higher levels of standard equipment or price cuts or both, and simplified line-ups.
Price Seems pretty high but one cannot stand with its class and finish . which makes it the royal vehicle of 2013 ..
Wheelsdealers - Wheelsdealers are the network options who can make the trading connection between all those japanese and kenyan car exporters and traders